Shopping Cart
Your Cart is Empty
Quantity:
Subtotal
Taxes
Shipping
Total
There was an error with PayPalClick here to try again

Thank you for your business!You should be receiving an order confirmation from Paypal shortly.Exit Shopping Cart

Pyramid technology got its first real push into modern society in the 1920s, when Karl Derbal of Czechoslovakia, received a patent for the pyramids used as a razor blade sharpener. Then another development occurred in the 1940s to 1950s, when Wilhelm Reich discovered the Orgone effect which, when applied to pyramid technologies, greatly enhanced the multipurpose healing and detoxification effect of pyramids.

Pyradyne pyramids are designed for applications for the human body, we use alternate layers of gold, copper and silver, which are “active” metals, within layers of nickel, which are “passive” in nature. This speeds up the Bio-Plasmic life force, that is the essence of pyramid power. A form of aura photography exists today that shows us directly how our life forces are progressing. In the mid-seventies, Dr. Bell discovered when exposing the human body to a pyramid that it would increase our energy and vitality. Why is this? Pyramids block the effect of negative energies and radio frequencies.

ALL GREAT PYRAMIDS (FROM EGYPT OR SOMEWHERE ELSE) AMPLIFY ENERGY BY BEING ALIGNED TO THE MAGNETIC NORTH. ALL PYRAMID SYSTEMS DEVELOPED BY DR. BELL ARE ORGONE PLATED. THIS PLATING PROCESS HAS ALTERNATING LAYERS OF ACTIVE AND PASSIVE METALS. THE UTILIZATION OF PRECIOUS METALS, SUCH AS GOLD, HAS OCTAHEDRAL MOLECULAR SHAPES; THEREFORE, THESE PYRAMIDS DO NOT HAVE TO BE ALIGNED TO THE MAGNETIC NORTH.

WHY DOES PYRAMID TECHNOLOGY HAVE SUCH A GREAT AFFECT ON THE BODY?

The entire body is made up of nothing but geometric shapes. In nature, the pyramid is an eight-sided, 52 degree angled octahedral structure, containing both the male and female energies in perfect balance, and until we balance both male and female energies there will always be internal conflicts, causing world Karmic (individual) and Dharmic (radical) problems.

Well this is an area of the body that fasting won’t cleanse, unlike the liver, kidneys, blood etc. It is actually detoxifying the brain, from toxins like cigarettes, junk food and polluted air that have accumulated over years and years, making the brain sluggish, tired and mentally “fogged”.

Wearing a specifically structured pyramid will put your body into Alpha state, if it is made from a soft and natural substance. You cannot use plastic or aluminum as these are both toxic and produce positive ions, causing diseases such as Alzheimer's. Aluminum in nature is organic, this can be used in Trace minerals, etc, but synthetic aluminum used in metal processing is toxic, which is used in pans and other metals.

Pyradyne has been the leader in Pyramid Technology since 1975. Pyramid energy can be defined as a progressive energy transfer through geometric focusing and dynamic electrical amplification over a measured plane of co-ordinates. We recognize the shape of the pyramid was not enough to get desired results needed to make a pyramid a usable household item so we developed a means of increasing their powers into a family of characteristics. Then we took another step, finding ways to accentuate these characteristics individually so that different kinds of pyramids produced different pronounced results when used in a conscientious manner on minerals, plants, animals and people. 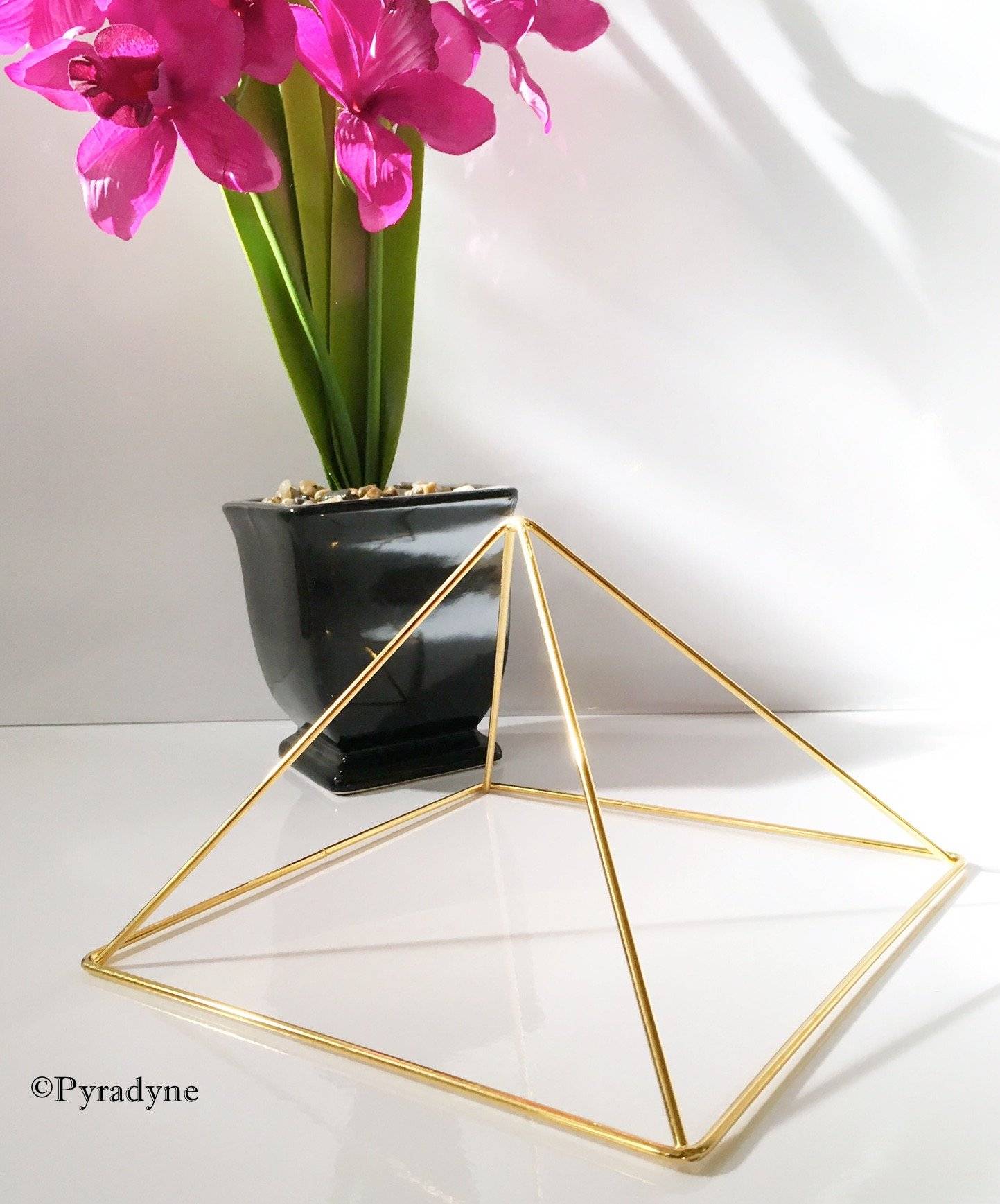 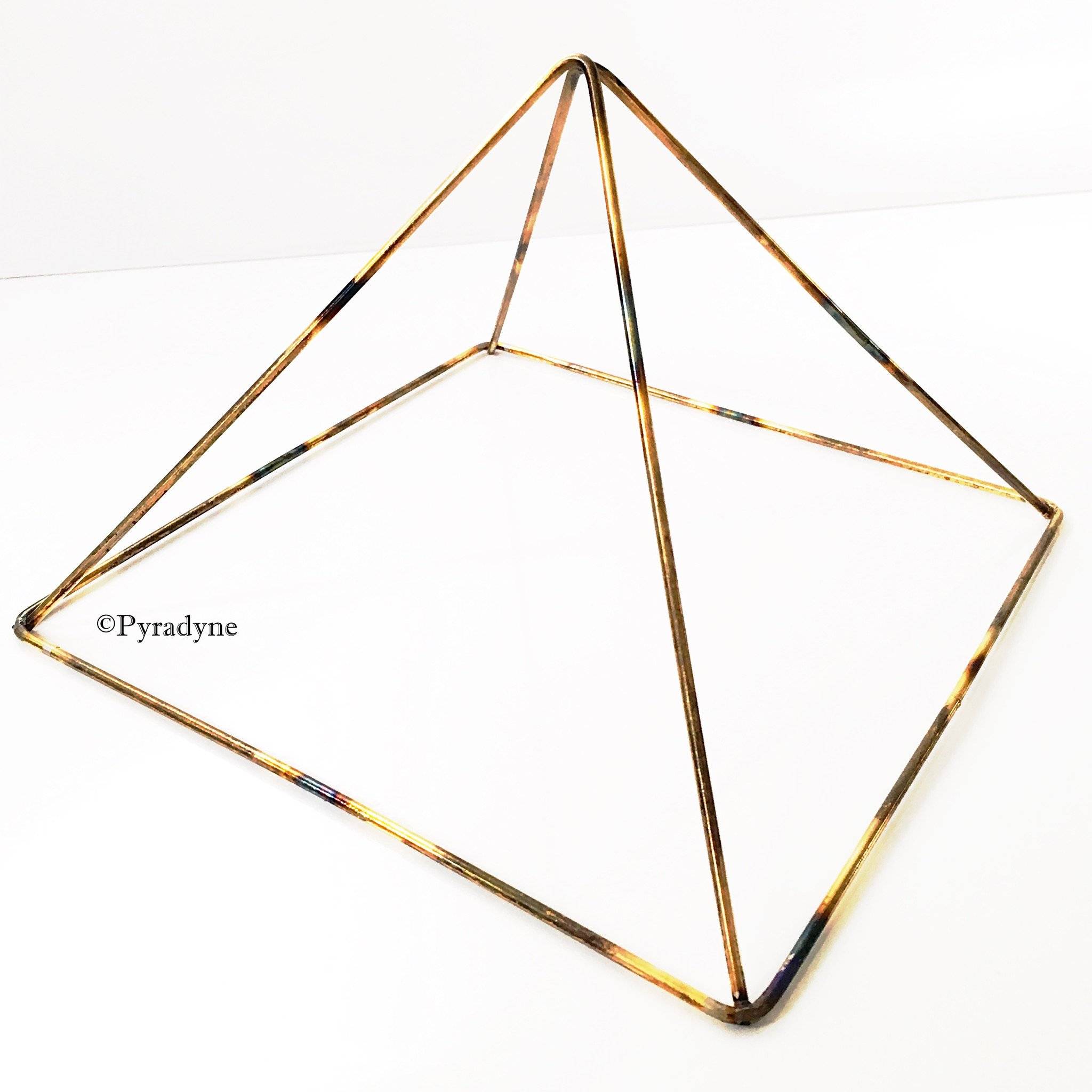 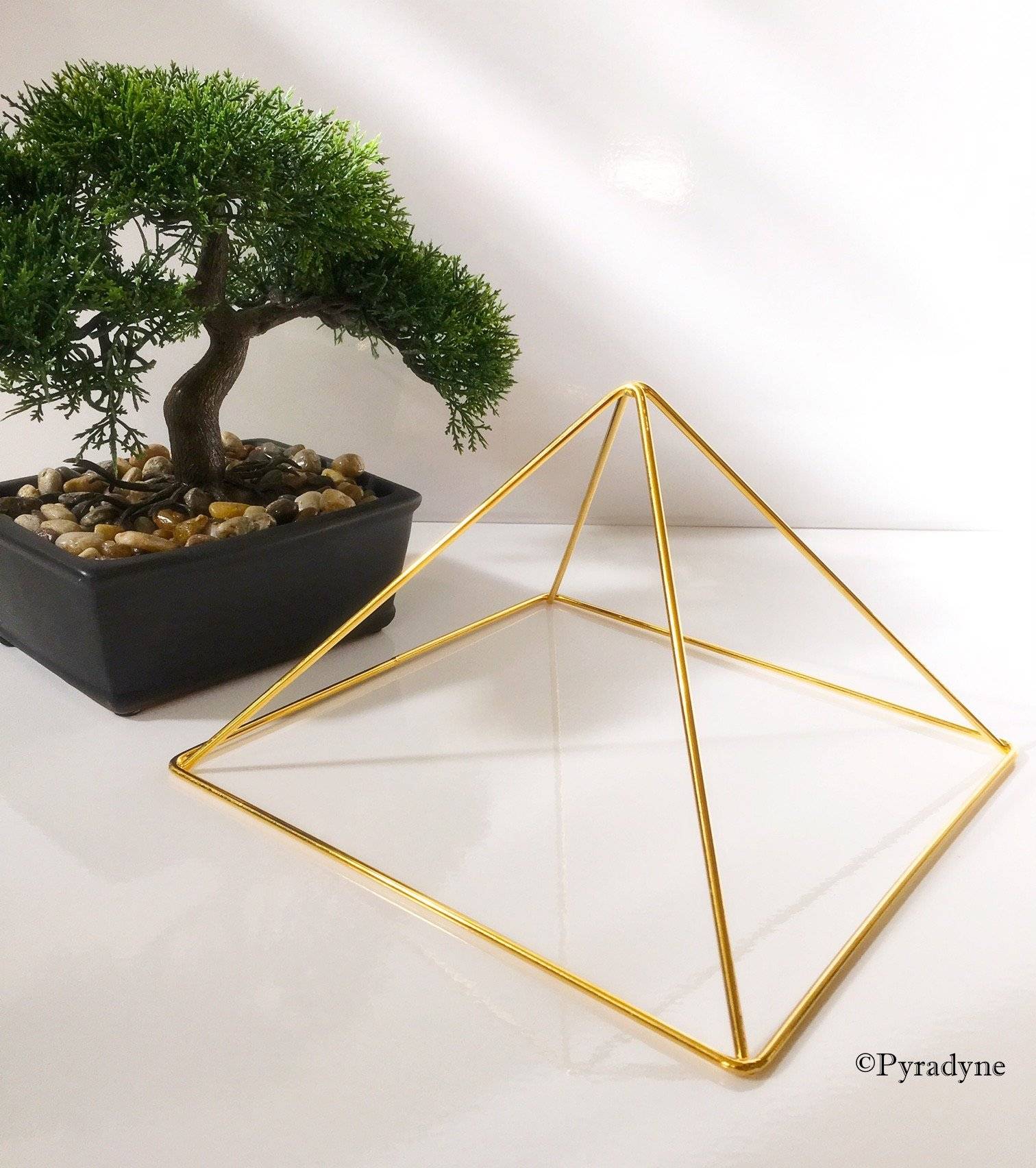 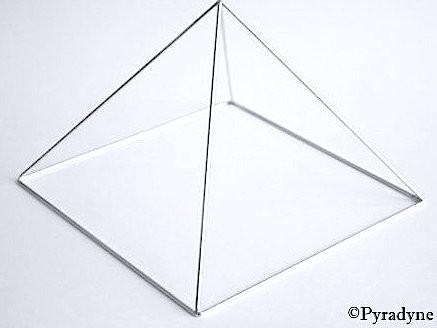